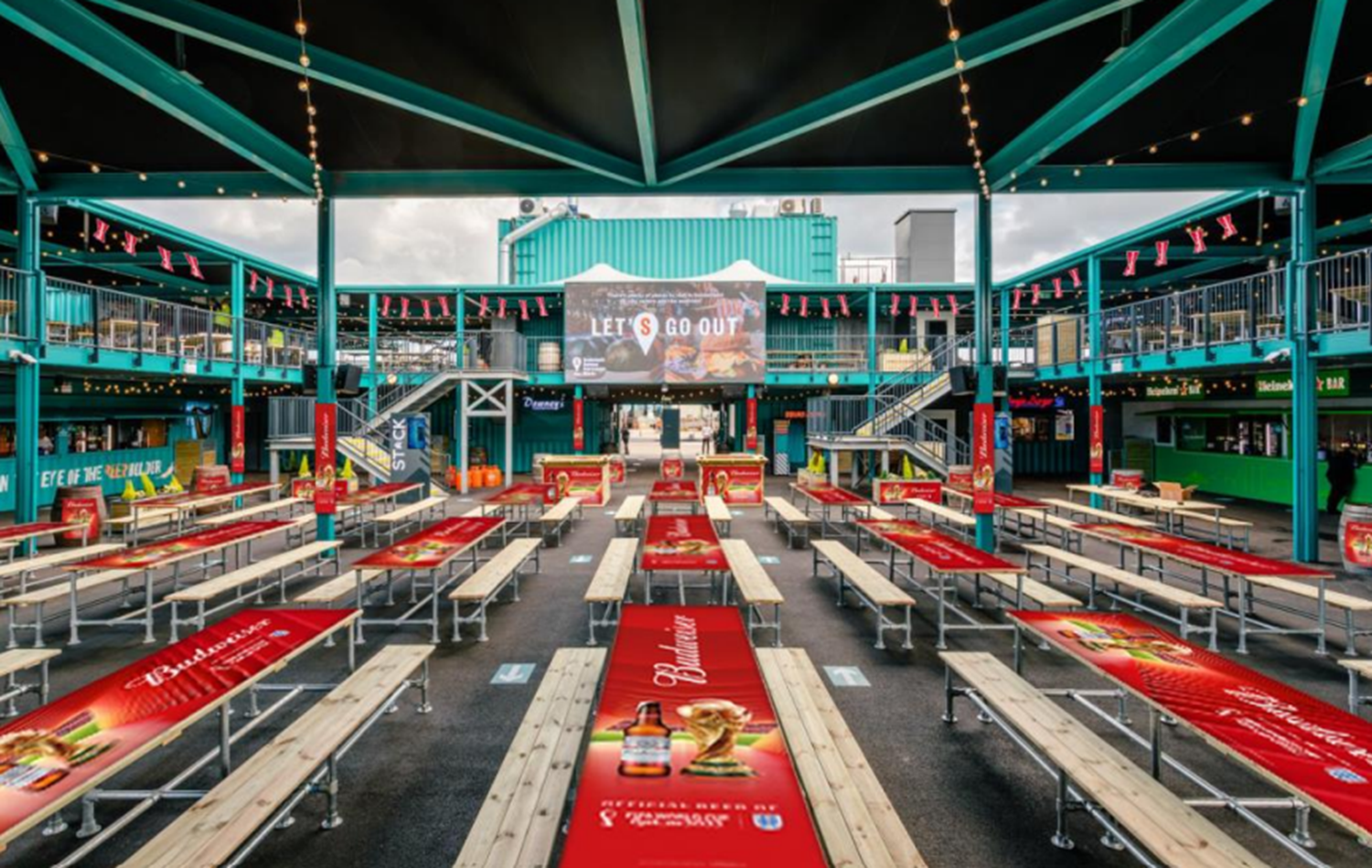 Leading brewing company, Budweiser, is to partner with STACK Seaburn to create an exciting fanzone to screen the tournament’s major games.

The international brewing company is the main sponsor of this year’s competition, which kicks off in Qatar on 20 November.

And football fans from Sunderland and beyond can enjoy the experience on homeground, as Budweiser takes over STACK Seaburn for the duration of the contest.

The container village will be showing the games on the big screen alongside STACK’s usual programme of entertainment – the key England fixtures will be shown with full commentary with entertainment taking place before and after England games.

And that means an exciting opportunity to really enjoy the atmosphere of the competition throughout November and December.

A limited number of tables for the England games, which are liable to draw the biggest crowds, will be available to book with the proviso they are occupied at least an hour before kick off and the remaining space will be on a first come, first served basis.

The tables on the upper plaza, which has perfect views of the big screen, can be reserved at the cost of £10 per person, which is exchanged for drinks vouchers on arrival.

This is the latest big name partnership for the Sunderland site, which has previously collaborated with prestigious brands such as Netflix and Guinness.

Kevin Walker, Entertainment Director at the Danieli Group which owns STACK, said it was a huge coup for the site to become Budweiser’s only official fanzone in the region.

“The Budweiser takeover demonstrates another high-profile brand coming to Sunderland to promote their product and engage with customers,” he said.

“It’s fantastic news not just for STACK Seaburn but for Sunderland as a whole that we have been able to create this relationship, and we hope it will be THE place in the city for football fans to enjoy the World Cup in fantastic surroundings.

“It’s the latest in a number of big screen sporting events we’ve staged at STACK, including the Sky Bet League One playoff final at Wembley which saw hundreds of fans celebrate Sunderland’s promotion.