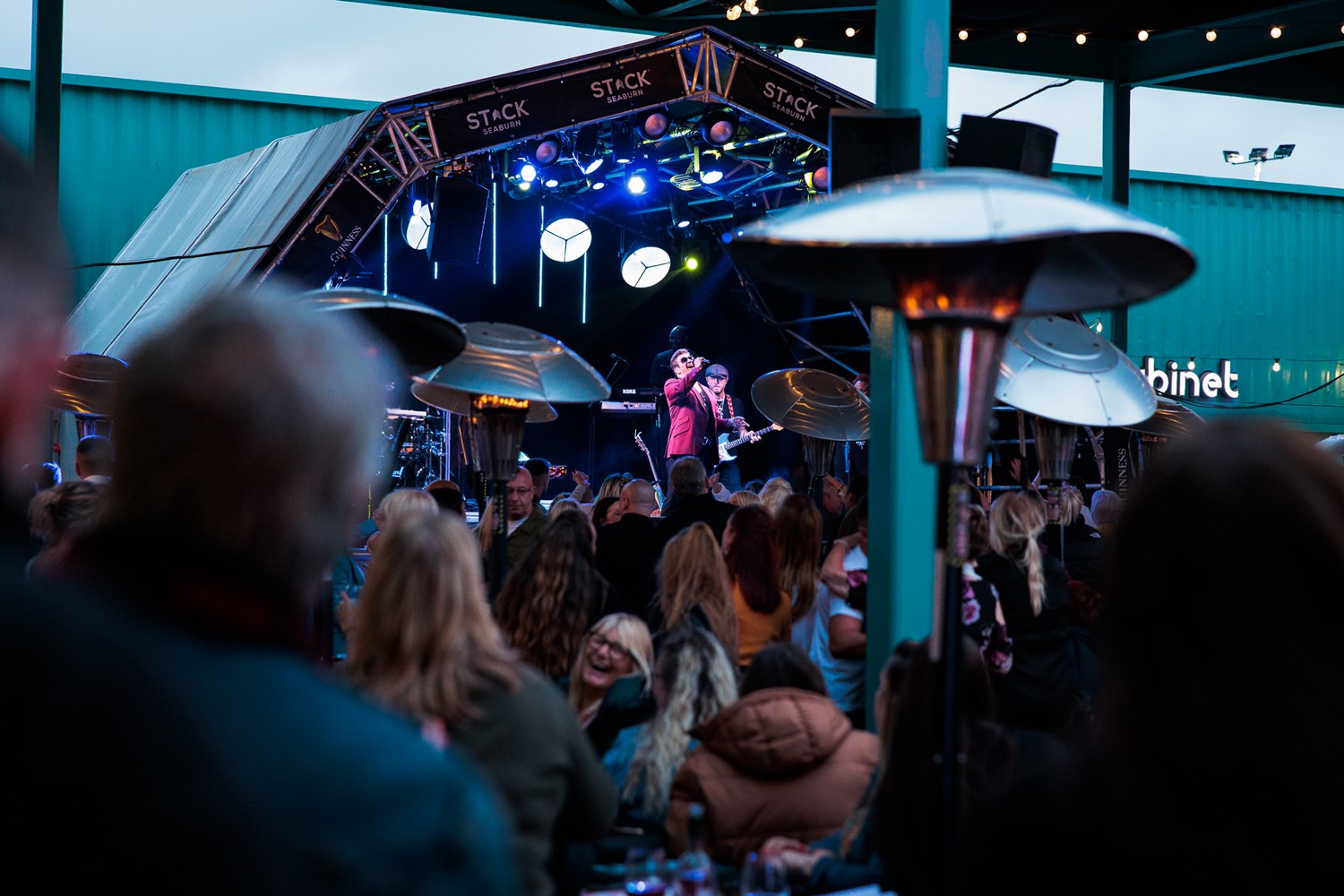 After an incredible debut sell out gig, closing out the June Bank Holiday weekend, STACK Seaburn are thrilled to announce the return of the UK’s number one George Michael tribute artists for another ticketed event on Thursday 13 October 2022.

The shipping container hub – well known for its schedule of daily entertainment and live acts – will welcome Rob Lamberti back to its stage, complete with some of George Michael’s personal musicians, for an evening of music and star appeal.

Rob Lamberti – famous for appearances on the live final of ‘Stars in Their Eyes’ and ‘American’s Got Talent’ – has also previously been hired by George Michael’s management to promote the 25Live album, giving fans across the globe the chance to see George’s musical talent, charisma and passion embodied once again.

And visitors to Rob’s original sell out show (held on Sunday 5 June 2022) would agree, with many taking to social media afterwards to express their delight in seeing the ‘Fastlove’ singer brought to life.

One Facebook user commented, “If I lived until I was a hundred years old, I will never see another George Michael tribute as good as Rob!”

Fans looking for a chance to catch Rob Lamberti’s second STACK appearance are being encouraged to sign up to the STACK Seaburn newsletter before Wednesday 17 August – for a chance to get their hands on early bird tickets before they go on general release later in the week.

Kevin Walker, Entertainments Director at Danieli Group, which owns STACK Seaburn, is thrilled to be welcoming Rob back to Wearside.

“We are thrilled to welcome Rob Lamberti back to STACK Seaburn. His original show with us was nothing short of fantastic – a real treat for all who bought tickets and got to witness Rob’s great resemblance to George Michael himself.”

“Our second show in October is sure to be another fantastic hit with regulars and new fans – and we’re sure Rob will bring another stellar production to our stage, complete with his full band and instrumentals.”

General release tickets will be launched on Friday 19 August at 10am on STACK Seaburn’s website. General release will be priced at £18.00 plus booking fee per person.

Entry to the event will be from 6.30pm and tables will be on a first come, first serve basis. All street food vendors will be open serving their full menus.